Nut allergy concerns?: there are Almonds in these, which are types of nuts

Here are some different designs for the wrapper of Almond M&M's. (click on the pictures to view them full size) 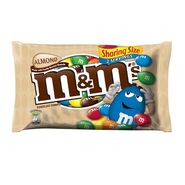 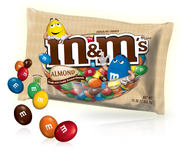 Almond M&M's For Christmas
Add a photo to this gallery
Retrieved from "https://mms.fandom.com/wiki/Almond?oldid=13584"
Community content is available under CC-BY-SA unless otherwise noted.