Holiday M&Ms are Special, Limited Time only M&Ms that come only during the holidays. There are many different holiday M&Ms, Such as Harvest/Halloween M&Ms, Christmas/winter M&MS, Valentines day M&MS, Easter/spring time M&Ms, and even Fourth of July M&Ms! They are usually the different M&M flavors with colors for the season, such as pink, red and white M&Ms for valentines day. They are usually only found in larger bags, but sometimes they can be found in single serve or King size bags. Sometimes a new flavor is introduced during the holidays! :)

They were originally marketed as HOLIDAYS, with each variety showing a holiday-related symbol on each chocolate candy, with the slogan "There's nothing like HOLIDAYS for your holidays."

Flavors: Milk Chocolate, Peanut, Peanut Butter, and Pretzel (but the pretzel is normal colors, with only harvest graphics on the wrapper)

Colors: Usually Just Orange and Black, but sometimes there is purple and lime green as well.

Limited edition flavors?: Yes! White chocolate candy corn M&Ms were available in 2011 And in 2013 there were Pumpkin Spice M&M's available at Target!

Small/king size bags?: No, but they are available in M&Ms Minis tubes.

Limited edition Flavors?: Yes! Cinnamon, Cherry Cordial, and Mint Milk chocolate M&Ms are released during the Winter! In 2013 there were Gingerbread Flavored M&M's available at walmart

Limited edition flavors?: Cherry Cordial M&Ms were re-released in a valentines wrapper with all red M&MS In 2014 Red Velvet Cake Flavor was availlable at walmart.

Limited edition flavors?: In 2012, Target had exclusive white chocolate M&Ms in easter colors. In Spring 2014 there were Carrot Cake M&M's Available at walmart

Other: Around easter, M&Ms solid chocolate Bunnys are released along with special "speckled egg M&Ms" which are M&Ms shaped like small robin's eggs

Other: it is unknown if these will return every year or not

Click on the pictures to see them full size 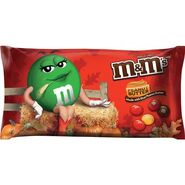 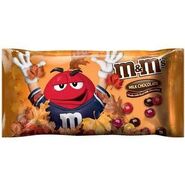 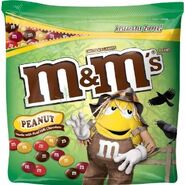 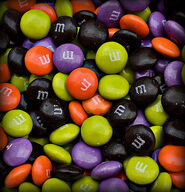 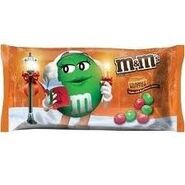 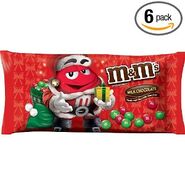 Christmas Almond M&M's
Add a photo to this gallery
Retrieved from "https://mms.fandom.com/wiki/Holiday_M%26Ms?oldid=5376"
Community content is available under CC-BY-SA unless otherwise noted.