Start a Wiki
Ms. Green is an M&Ms spokescandy and is the mascot for a few different flavors of M&MS, although her "main flavor" is Peanut Butter M&Ms. Ms. Green was the only female M&M character until Ms. Brown was revealed in 2012. Red, Yellow, and Blue usually fight over her, but she doesn't actually like any of them romantically. Ms. Green is voiced By Cree Summer. Ms. Green's Catch phrase is "I Melt for No One!"

Ms. Green is round (as she is a Milk Chocolate M&M), like all other M&M's, and she has a green-colored shell around her body. She wears white gloves and white high heel Boots with a silver "M" on each of them. It is unknown if she wears green lipstick or if her lips are just green. She has three long, black, eyelashes on each eye and she has thin black eyebrows like the rest of the M&Ms.

Flavors and Wrappers That Ms. Green appears on

On February 8th, 2020, Michael Messineo (also known as Mike's Mic, a youtube channel) created a video talking about how he didn't trust the green M&M. It was a cryptic cry for help, and the M&M team has yet to respond.

She is voiced by Cree Summer who also played the voice of Kida in Atlantis: The Lost Empire, Pilgrim in Kermit's Swamp Years, Cleo in Clifford the Big Red Dog, Penelope in Barbie as Rapunzel, Susie Carmichael in Rugrats, and Mandy and Zell in Bratz, 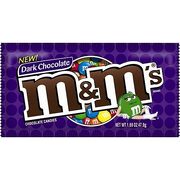 Ms. Green On the original wrapper of Dark Chocolate M&Ms

Ms. Green (and yellow) on the Wrapper of Coconut M&Ms Before the redesign (notice how her pose is similar to her pose on the dark chocolate M&Ms)

Ms. Green (and Red) on the wrapper of Coconut M&Ms After the redesign

Ms. Green on the wrapper of Peanut Butter M&Ms after the redesign 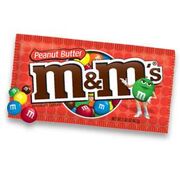 Ms. Green on the wrapper of Peanut Butter M&MS before the redesign 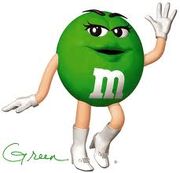 The One and Only Ms. Green! 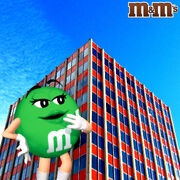 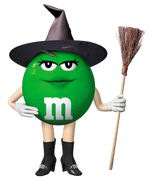 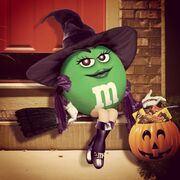 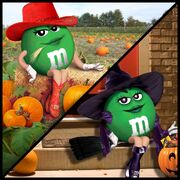 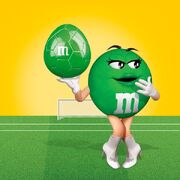 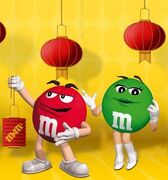 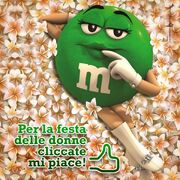 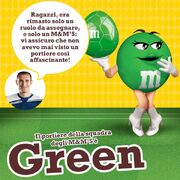 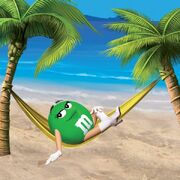 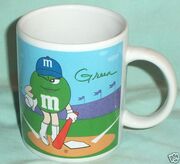 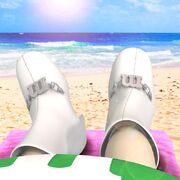 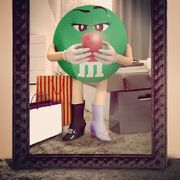 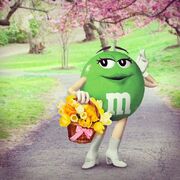 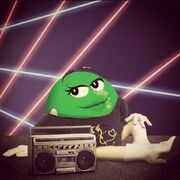 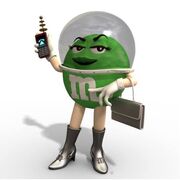 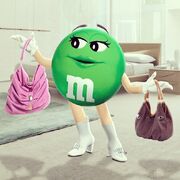 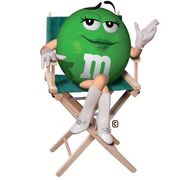 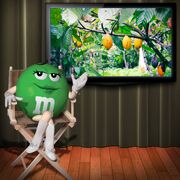 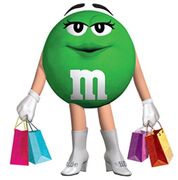 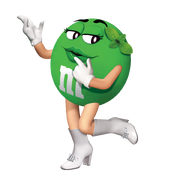 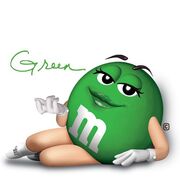 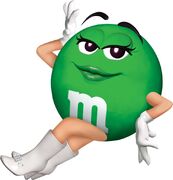 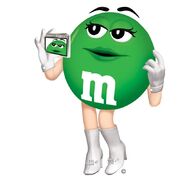 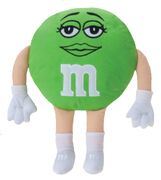 Add a photo to this gallery
Retrieved from "https://mms.fandom.com/wiki/Ms._Green?oldid=11831"
Community content is available under CC-BY-SA unless otherwise noted.